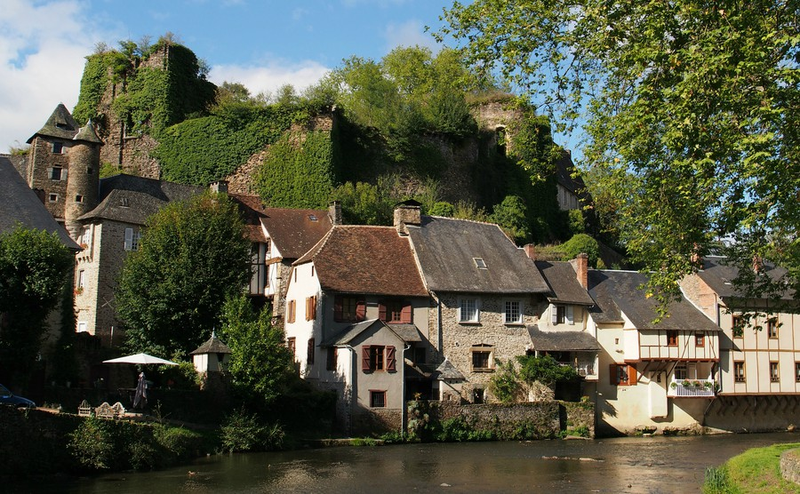 As a country with a capital known for glitz and glamour, cheap properties in France may sound almost unimaginable. But just as the country’s landscape is diverse, so too are the lifestyles and property prices – there are plenty of sleepy, country villages contrasting the busy, bustling cities like Paris and Lyon. So, if you’re looking for less expensive properties in France, here are the top five cheapest places to purchase a home.

Home to the cheapest average house prices in all of France, where cows outnumber the residents, Creuse is a rural area with idyllic countryside and rolling hills speckled with stone and thatched cottages. It was one of the 83 original departments created in the late 1700s during the French Revolution, part of the former Limousin region, and now thanks to restructuring in 2016, the Nouvelle Aquitaine region.

For anyone that loves nature, walking, water sports, or cycling, this place is a haven with tranquil gardens and forests, a wildlife park, rocky gorges, and one of the largest lakes in France. Offering a place of peace and quiet away from major bustling cities to its residents, Creuse lacks large urban industries and as such, maintains a low cost of living alongside reduced property prices.

In north-eastern France, in the department of Haute-Marne, you will find the second-cheapest average house prices in the country. Thanks to the diverse wildlife and nature here, the main industries are woodwork and farming. However, the department is also popular for tourists, being home to one of the oldest towns in France; Langres, with its walls that encircle the town being the longest ramparts in Europe.

As a part of the former Champagne-Ardenne region, the area is world-famous for French champagne and draws tourists in as they follow the Route de Champagne. With the largest artificial lake in France, as well as the Marne and the Meuse rivers running through the patchwork of fields and forests – greater than one hectare per resident – you will be hard-pressed to find countryside better suited to fishing, hunting, hiking, water sports, and lovers of champagne.

Found in the Lorraine region is the department of Meuse, another one of the original 83 departments also situated in northeast France. Meuse shares a bit of its border with Belgium and its name with River Meuse, which travels over 950 kilometres through France, Belgium, and the Netherlands until it reaches the North Sea. This place has served as a key location for militaries, from fortresses in Roman times to being an important defensive position during World War I and the Battle of Verdun.

Although the types of property here can vary greatly, you will mostly find farmhouses in the countryside with apartments found in the more urban areas. Because of this, properties in this department tend to be on the larger side when compared to the national average.

Situated in central France is the Indre department, where its capital, Chateauroux, is known for being the cheapest city in France to buy property – median house prices here are a mere €129,000. The Indre area is best known for being host to writer George Sand’s family estate from the 18th century, where the Vallée Noire novels were written.

Indre is mostly an agricultural area and amongst the least populated departments in France. So, if you’re in search of a property plentiful with peace, quiet and natural beauty, as close to Southern France as you can be without costing a fortune, Indre is an ideal option for you.

Just as the other departments on this top five list, Nievre is mostly a rural area nestled in southwest Burgundy. Although the summer weather tends to be hot, many residents flock here for the cooler climate that feels a bit less Mediterranean than the southern coast of France. You can find a range of property styles here, from cosy cottages to luxurious chateaus, but on average, you will find house prices here much lower than most French departments.

Nature is the biggest attraction to Nievre, with the Morvan Regional Parc taking up a huge portion of its eastern side. Between the picture-perfect postcard scenes of countryside and quaint villages, and the various watercourses and lakes, Nievre is an optimal choice for hikers, cyclists, sailors, and anglers especially.

Points you must not avoid while securing LAP.

How Modern AC Thermostats Become So Popular. What Its Features?