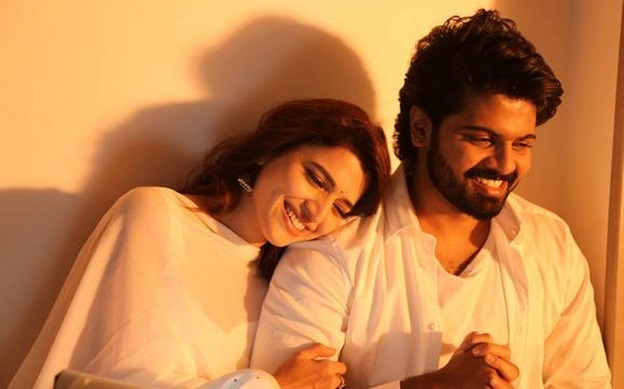 Are you looking for the best channel to watch Indian movies online? Are you a Telugu film lover? You can check out the app Aha, the best emerging OTT platform that delivers a collection of amazing Telugu and Tamil movies for the entertainment of their users. One of the top-rated and recommended movie on this platform is:

It is one of the best romantic-comedy Telugu films released in the fall of this spring, 2021. This movie is directed by ManikanthGelli, and NagendraPilla writes the script. The movie is produced jointly by the collaboration of RajaniKorrapati and RavindraBenerjeeMuppaneni; The movie poster comes under the banner of production houses: VaaraahiChalanaChitram and Loukya Entertainments. The movie starred Sri Simha, Chitra Shukla, and MishaNarang in the leading roles. In the film, Sri Simha portrayed Veerendra or Veeru, MishaNarang as Madhu, and Chitra Shukla as Dr. Krishnaveni. Other supporting roles, such as Madhu’s father, are described by Rajeev Kanakala, Satya as Veeru’s uncle, and many more.

The plot revolves around a couple’s life – Veeru and Madhu, who were are hours away from their wedding until they planned to escape it separately. Veeru and Madhu wanted different outcomes from their life, where Veeru wanted to elope and get married to spend the rest of his life with Dr. Krishnaveni. Madhu doesn’t want to get married early for some reasons that you will get to know by watching the movie. With their mutual understanding for calling off the wedding, Veeru and Madhu ran away secretly without giving a hint to their family members before the wedding. They share knowledge about their past in the journey. The rest of the story takes an exciting turn of events and climaxes.

ManikanthGelli depicts the movie as a relationship drama that takes place on the night of a wedding. Dr. Krishnaveni portrays the character of a beautiful lady with an over-thinking personality. In contrast, she is immature about her life, which you can see later in the movie. Her ever-smiling face can captivate the audience while watching the movie. Meanwhile, Madhu is a simple girl with paranoia issues. She has an exaggerated background story with her father facing problems of blood pressure and cardiac arrest. To boost the humor section in the movie, Satya, a character, is introduced with his platonic yet funny statements and actions.

Compared to the other movies, where the hero doesn’t rely upon his father’s wealth or income, Veeru is portrayed as a hard-working professional in the film. With the entry and exit of Ajay’s character, the movie turns out to be an exaggerated comic drama plot. The movie contains a beautiful collection of music and has the touch of extraordinary cinematography.

You can enjoy this blend of romantic and comedy-drama movies at the Aha OTT platform with the best quality display options. So watch thellavaritheguruvaram movie online for enjoying a plot-twisting yet unconvincing relationship drama film.

Massage Solutions You Really Need to Concentrate On

An Update To A Score Hub: Unogoal Livescore